It’s that day when you get a life upgrade for free, yes it’s Friday! Thank you for reading, according to my site stats, 5 share continues to be my most popular post, with an upwards trend like a crypto currency graph after a McAfee tweet.

1. Quote I’ve been pondering this week: “The greatest of human emotions is love. The most valuable of human gifts is the ability to learn. Therefore learn to love.” – UJ Ramdas

2. I’ve been reading and writing a bit more than usual the last few days and in my quest for inspirational music, I’ve been listening to the Dances with Wolves soundtrack. If you haven’t seen the film here’s the IMDB link – it’s an epic story about friendship and choosing your path.

I really love the musical energy from the Buffalo hunt scene (often cited as the greatest movie scene ever filmed. Magical cinematography, no computer effects, no animals hurt during any of the filming). Also, the background music to this scene between Two Socks and John Dunbar is great for mindfulness (Two socks is the wolf, he’s awesome!).

3. I was reminded of the below picture earlier this week, which reminded me how much life can be affected by how we see things. I love the humour on top of the serious message – which is optimism is powerful. It’s true for all of us.

4. What I’ve been reading on the internet: It’s not a dress rehearsal – for many of us it’s easy to forget we’re in the play, not the rehearsal. Revisiting Dances with Wolves has reminded me of all the adventures I’ve had and those I’ve yet to have (the ones I’ve planned for when the time is right). Planning isn’t bad, though delaying until the ‘time is right’ can mean that something (travel, a career, that special person, a life changing decision) never happens.

5. I’m writing this from my hotel room in Copenhagen, Denmark. Brrr, it’s cold outside, lucky for me I have my trusted OR beanie. I’ve had one for over 10 years and simply put, there isn’t a better hat for cold weather. I’ve used it for everything from exploring snowy mountains in North America to walking Bertie the dog during icy rain in our local woodland. They do all sorts of styles and male/female ones too, so if you’re on the look out for a winter hat, Outdoor Research is a great place to start.

For a lot of us, we’ll spend more time with the people we work with than our own partners, families and non work friends.

Moving jobs from Team Xbox to Unity has shown me how much of a family I had been part of. Some friends and co-workers from my previous job had joined me at Xbox, meaning for my last 2 jobs (17 years combined) I’d been working with people I’d spent more time with than anyone else in my life.

It’s something I’ve only recently realised. Luckily for me they are smart, amazing people. I say lucky for me, as I agree with Jim Rohn when he says we are the average of the 5 people we spend the most time with.

I’m also lucky I’ve met and get to work alongside some terrific people in my new role at Unity. From recruitment to marketing and quality to engineering. More importantly, I enjoy my time with them, not something everyone can say about the people they work with ( I hope you can).

“Your purpose in relationships is simply to be your best self, regardless of the circumstances.” – Rosalene Glickman, Ph.D.

So, I’m grateful for my life having such positive influences from the people I work with. People who have taught me unconsciously (and many times consciously) how to enjoy life and have meaning.

In addition to this, with technology as it is today I get to spend virtual time with fabulous people too. Each year I choose 5 people who I spend time with.

For 2018 I’m spending virtual time with:

4. Tim Ferriss (Also in my list every year for the last 9 years)

It’s an interesting exercise to do, choosing virtual people who can shape your life positively, through books, podcasts, talks, blogs and other media. If you haven’t done it give it a go, I think you’ll be amazed at what a difference it can make.

It’s 5 share Friday, that special part of Friday the world* looks forward to before it goes crazy for the weekend.

*or the 1 or 2 people who might read this blog

1. Quote I’ve been pondering this week..well actually I ponder everyday as have the below picture hanging on the wall of our stairway at home. 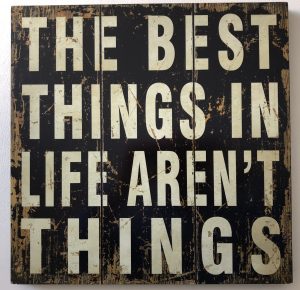 2. Book I’ve been reading, well actually 2 books. When Breath Becomes Air – Paul Kalanithi, one of the most important and inspiring books I’ve read in a long time, I wish it was around when I was younger. I’m also reading We all looked up by Tommy Wallach, a thought-provoking, compelling story that critics are calling the Breakfast Clubfor a modern generation.

3. New purchase – I live in my Topo Athletic footwear. They’re great for cushioning, walking / running and a good balance between Barefoot and Nike comfort. Also, they don’t offend the eyes. I wouldn’t do without them nowadays. So much so I’ve just bought a new pair as my old ones have worn out (worn everyday for 12 months). If you’re wondering which ones I like and recommend, it’s these Hydroventure 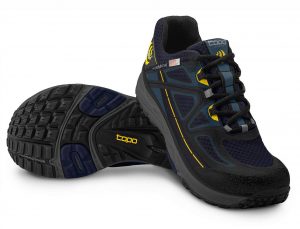 4. Article I’ve been reading: Exciting re-org at Team Xbox in Microsoft. The VP of Minecraft is now heading up all internal studios at Xbox 1st party. A great choice and I’m excited for all of my friends and ex colleagues there.

5. Music I’ve been listening too: https://itunes.apple.com/us/album/essential-mind-body-soul-refresh/648937692 this one is great for a soundtrack to the book When Breath becomes Air, as well as napping on public transport or simply chilling at home. Warning..you may feel like doing Yoga or meditating while it’s playing..

I recently watched Drew Dudleys Everyday leadership TED talk. If you haven’t seen it, I can’t recommend it more. Bonus is it’s only 5 minutes, so no excuses.

It got me thinking about people I’ve worked with who’ve changed my life for the better, dramatically. Especially the ones who don’t even realise it.

18 years ago I returned from an epic year abroad, one where I took off to explore parts of the world still left largely untouched at the time. I got back and did not have a plan. One of my friends, James, was a producer at Electronic Arts, he thought I’d be a good fit for a job there. He advocated for me, I interviewed and got the role. He let me stay in his spare room and my life was changed forever. I didn’t realise technology and interactive entertainment were my calling, it wasn’t a job, it was a life filled with amazing people and experiences. I will always be grateful.

I moved onto Microsoft years later where two people changed my life significantly, a real life Microsoft upgrade without the blue screening.

At Microsoft I found a learning centre. A room filled with books, cds, magazines and free courses. Not only that, it was managed by real librarians, ones that knew everything, not just the location of books on shelves. The manager even did free research papers on any subject, I was like a 4 year old at Legoland.

David, the manager, would make recommendations to me based on his growing understanding of my passions and interest (he made Amazon’s recommendation algorithms look amateur). One day he asked if I’d read The Four Hour Work Week, a fairly recent book by Tim Ferris, a new author at the time. The moment David handed me that audio cd, my life literally changed forever, I’m still benefiting from his introduction.

“There are only two ways to influence human behavior: you can manipulate it or you can inspire it”- Simon Sinek

Alan Page worked at Microsoft, he unknowingly helped me get my job there. He was one of the authors of ‘How we test software at Microsoft’, a book that became my bible for getting into Team Xbox (it’s completely outdated now so I no longer recommend it). I followed his blog (still do) and later he co-founded a podcast named AB Testing. By that time I was about to head up the quality effort on the biggest game franchise in the world – Minecraft – where I wanted a modern, future proof model. Alan, as well as the AB testing podcast, inspired a whole new direction for the impact of my work.

It didn’t end there, he left Microsoft for a role at Unity and when Unity approached me last year, I reached out to Alan who then helped me understand the company from the inside. This helped my decision to join. I now get to work with him again and secretly use him as a mentor without him realising it (unless he reads this blog of course).

Everyday we have the power to change people’s lives, we’re all leaders. Change big and small has a knock on effect, it’s always astounding yet we’ll rarely directly know or see the ripples of smaller change.

Let’s not put leadership on a pedestal, we all have greatness, we’re all leaders.

The price of greatness is responsibility – Winston Churchill